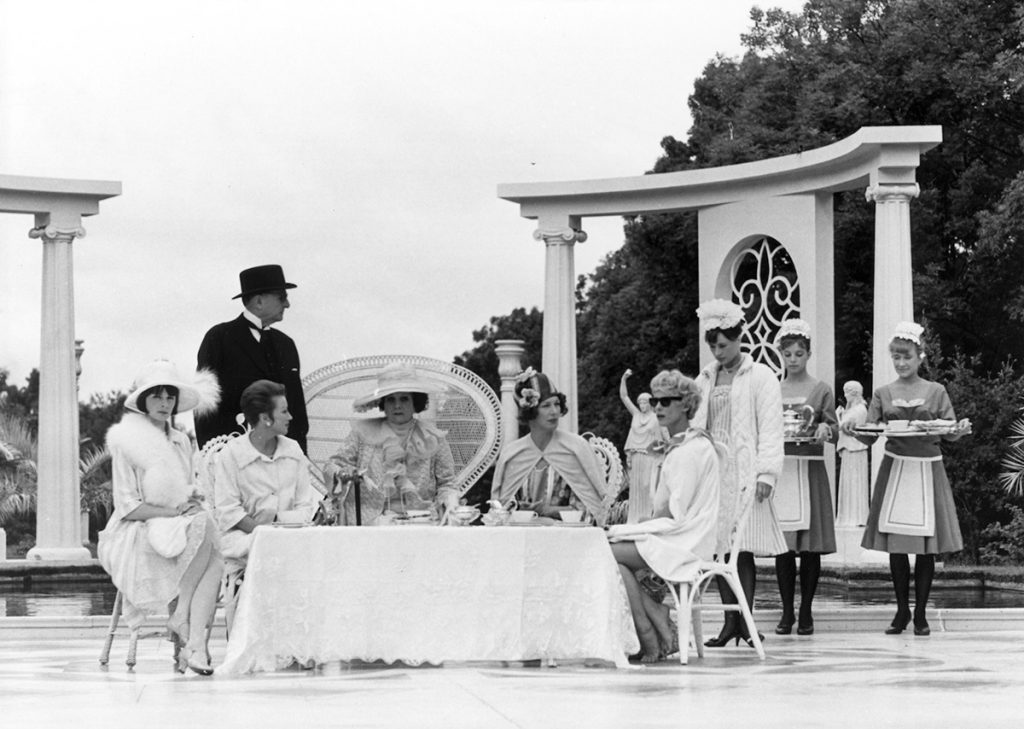 All These Women is a light-hearted comedy about a virtuoso male cellist who lives, surrounded by women, in a magnificent house, the Villa Tremolo. Here, he is joined by Cornelius (Jarl Kulle), a conceited music critic, whose task is to write his biography. Although a private audience with the great man proves hard to come by, the beautiful women are rather more accommodating.

Wonderful Norrviken Gardens was a perfect fit for the visual box of chocolates that was Bergman’s first colour film. Variously manoeuvred within its many different settings are the actresses Bibi Andersson, Harriet Andersson, Mona Malm, Eva Dahlbeck, Karin Kavli, Gertrud Fridh and Barbro Hiort av Ornäs – as a self-obsessed Jarl Kulle romps around between them.

For a considerable period of time, Bergman had been working on what he called his ‘colour film school’ and conducting technical experiments that now formed the basis of the colour scheme he used in All These Women. It is likely that the film’s lukewarm reception in Sweden combined with Bergman’s own disappointment with the end product contributed to him not making another film in colour for several years.

In Images: My Life in Film, Bergman writes: ‘All These Women was made to earn money for the Swedish Film Institute. That it ended up being utterly contrived from start to finish is another story. As I point out in The Magic Lantern, “Sometimes it takes a lot more courage to slam on the brakes than it does to hit the accelerator.” I lacked that courage and only realised too late what kind of film I should have made.’