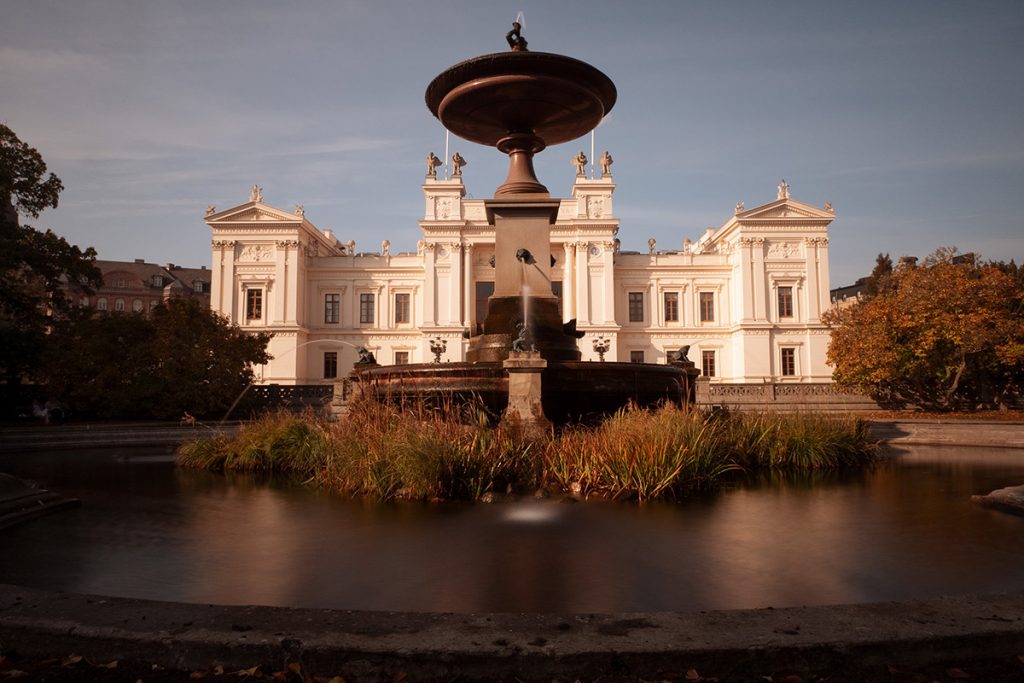 Lund is a city in south-western Skåne in the south of Sweden. The city is part of the Malmö conurbation and is located on the Romeleåsen ridge. It was founded in around 990, when the city was most probably moved from its previous location five kilometres further south. Lund’s medieval origins are clearly visible in its street network which has, in many areas, remained unchanged for centuries. In addition, its centre is in the shape of a heart, which was typical of urban construction in the Middle Ages, although only a few of the medieval buildings remain. The timber frame buildings that predominated up until the end of the 19th century were often, in later years, replaced by multi-storey buildings. Most of the buildings found in Lund today originate from the late 19th or 20th centuries.

Lund University, founded in 1666, is ranked among the top one hundred universities in the world and is a major contributor to life in the city. Every four years, the student union arranges a carnival known as Lundakarnevalen. Many of Sweden’s prominent figures in the world of entertainment and culture began their respective journeys in Lund; for example, in student revues.

Not surprisingly, scenes from this particular academic stronghold feature in Bergman’s Wild Strawberries. In addition, it provided a long road along which the main character Isak Borg could drive on his way to receiving a jubilee doctorate.

Universitetsplatsen, the square located in front of the main university building in Lund, was like the building itself, created by the architect Helgo Zettervall in the 1880s. A large fountain dominates at its centre (also the work of Zettervall), while Kungshuset lies to the south and Palaestra et Odeum to the north. With the main entrance to the Academic Society also being located here, the square has the feel of a closed architectural space.

Universitetsplatsen was previously the site of the University’s oldest botanical garden dating from the 1740s. However, this was replaced in the 1860s with a new botanical garden outside the old city walls. A few plants (mainly bushes) from the old garden do still remain. The large magnolia tree by the bust of Kilian Stobaei has become a symbol of spring in Lund, and reference is commonly made in the Walpurgis Night speeches to the progress of its buds and blooms.

The university building itself was opened in 1882 by King Oscar II. At the front of the building, its main façade is dominated by a protruding section made up of four columns. In golden letters above the entrance is the inscription ‘REGIA ACADEMIA CAROLINA’.

The foremost Romanesque cathedral in the Nordic region, Lund Cathedral has stood in the centre of the city since 1145. In 1234, large parts of the Cathedral were devastated by an extensive fire. Since then, it has been rebuilt and altered on a number of occasions, most recently in 1954-1963, when much of the Cathedral’s former appearance was restored.

Lund’s largest academic festival, the doctoral awards ceremony, is held every year in the Cathedral, with doctorates being awarded to those who have completed their studies and defended their theses at Lund University. 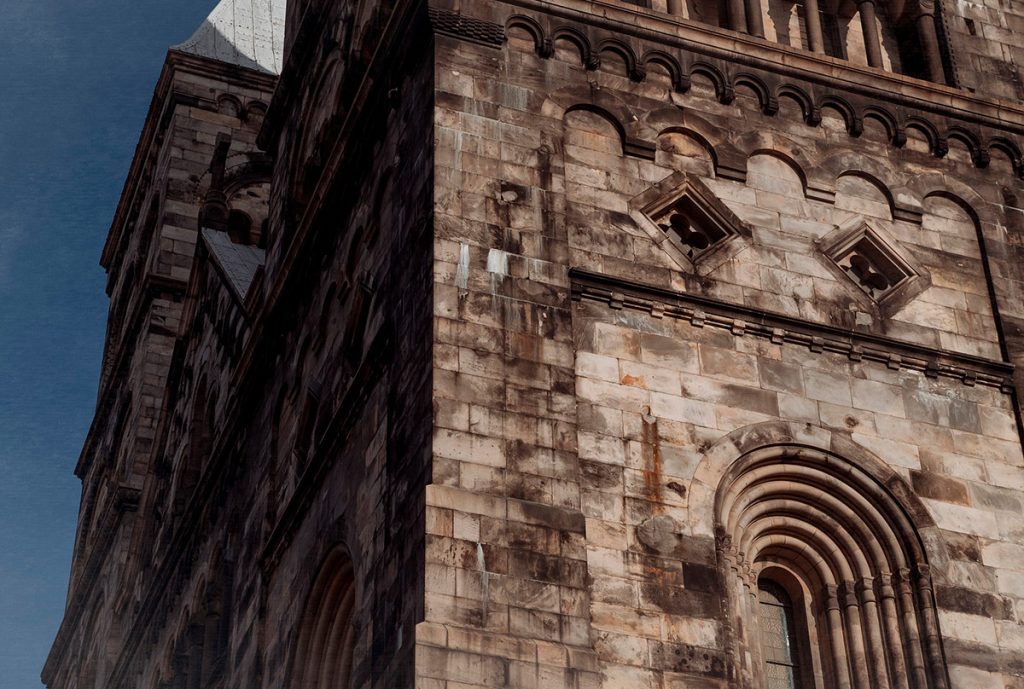 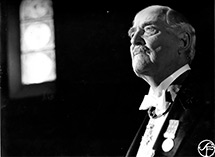 Aging professor Isak Borg reflects over his life while driving between Stockholm and Lund in this forerunner of the ‘road movie’ that has become one of Bergman’s most referenced and copied works. The winner of the Golden Bear at the Berlin Film Festival in 1958, Wild Strawberries firmly established Bergman’s international reputation as a filmmaker, and it remains his most decorated film.

Adorning the fountain in Universitetsplatsen are four cast iron frogs with water gushing from their mouths known as the Faculty Frogs. One of the frogs disappeared in 1965 only to be found on a train from Stockholm wearing a student cap and an address tag tied around its neck.

In years gone by, four impressive female statues stood in front of the University symbolising its four faculties. However, these ladies were removed in 1902, presumably since changes in temperature had caused damage to their concrete structures – although there were tales of people being afraid to walk by these imposing women late at night!

Inspired partly by the May Riots in France, the effects of the Student Revolt were felt in Lund between the years of 1967-9, when student caps were burnt in protest on the last day of April.

The ‘Lunda spirit’, as it is known, is characterised by a combination of tolerance, scepticism and a ready wit, bringing to mind such exponents as Sam Ask, Sten Broman and Hans Alfredson.