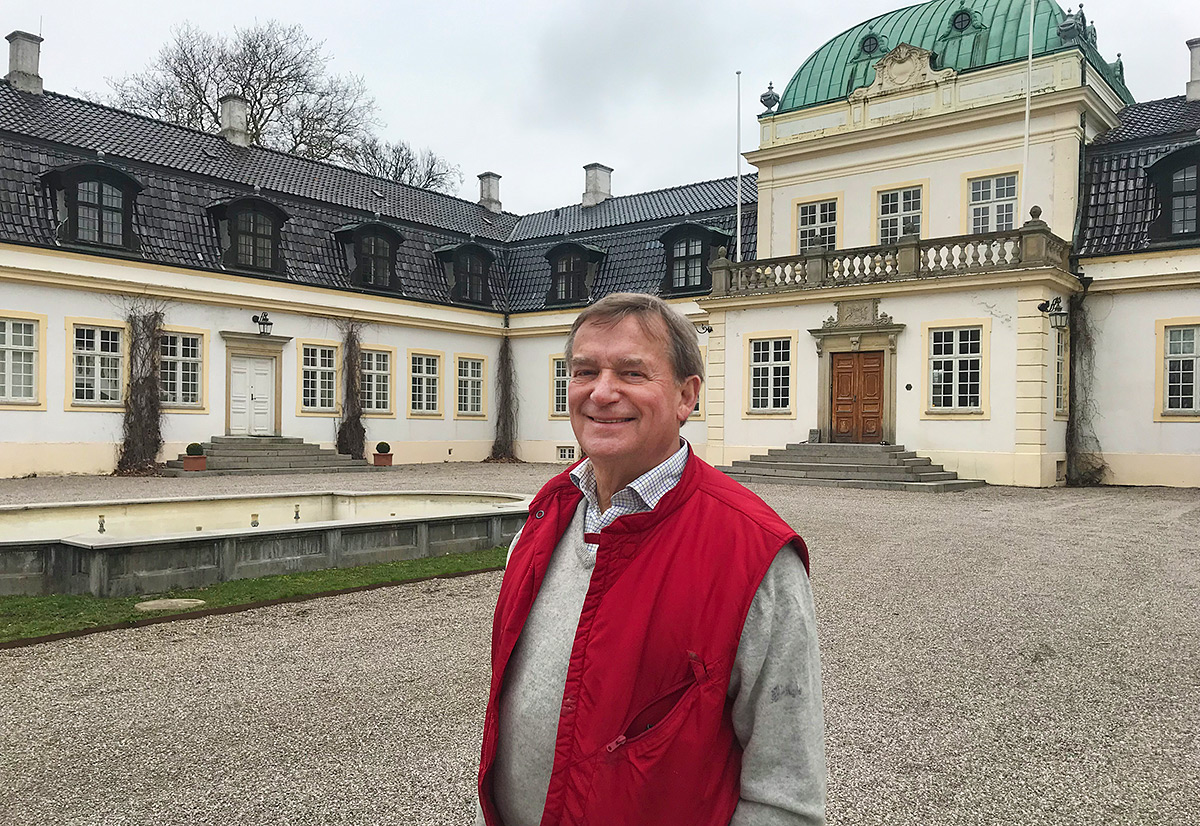 Memories of Smiles of a Summer Night

Hello Otto von Arnold of Jordberga Castle, where most of the exteriors in Smiles of a Summer Night were filmed!

You were five years old when Ingmar Bergman’s acclaimed comedy Smiles of a Summer Night was filmed at your home, Jordberga Castle, one hot July in 1955. How much do you remember?

– Bergman looked rather severe and walked around in a beret. At one point, he asked my dad how he could have been married to the same ‘old girl’ for seven years. I remember playing around among the actors.

The fantastic party hosted in the film by Desirée Armfeldt’s (Eva Dahlbeck’s) mother (Naima Wifstrand) was, to say the least, eventful – and it all took place in your grounds!

– It certainly was. The gazebo – which is important in the film – wasn’t here back then but was instead part of the scenery that they set up, which I found really exciting. They also tried to film indoors, but it didn’t really work because of all the light coming in from different directions. So, the amusing scene where the bed comes out of the wall was unfortunately filmed elsewhere …. But everything that happened in front of the house, in the park and by the windmill was here, and everything looks almost the same today.

Did they bring a lot of equipment?

– There were cables and film lights everywhere. They built rails for the camera, and a lot of people came to sit and watch on the lawn. The film crew stayed at Anderslöv’s guesthouse, but I remember them arranging dinners here at Jordberga, which my parents (Hans-Göran and Clara von Arnold) attended and found extremely enjoyable. Porcelain from Jordberga was used in the dinner scene.

Footnote: Jordberga has, during the last years, been managed by Otto von Arnold’s son Carl-Adam and his wife Marie von Arnold. Within the grounds are a manor hotel and a large conference room (Herrskapsstallet) that can be used for screenings. It is also possible to book guided Bergman tours to Jordberga.