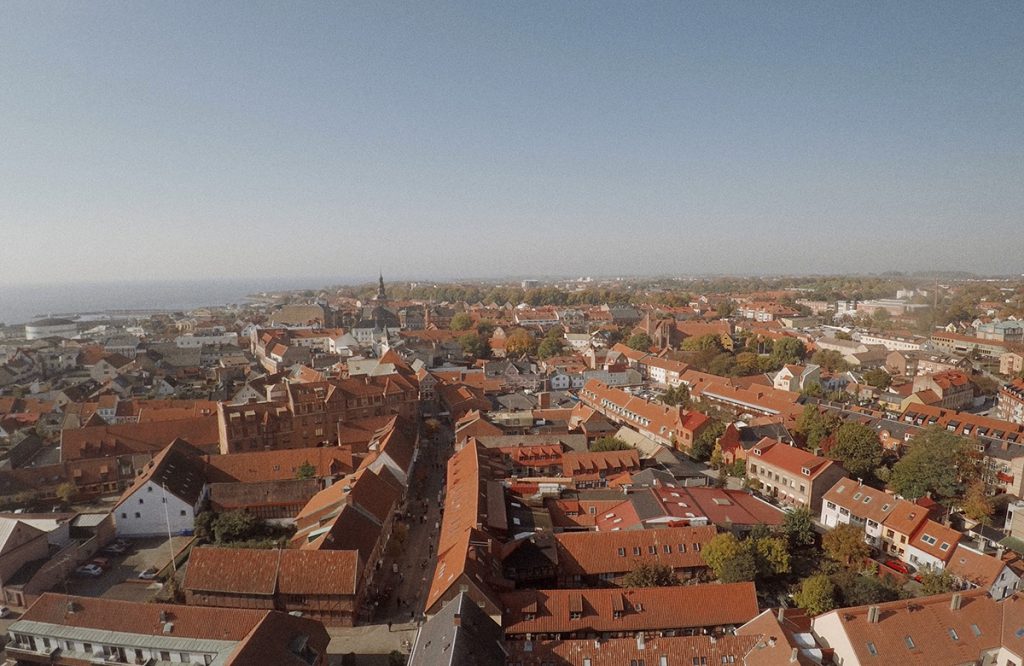 A city on the south coast of Skåne, Ystad is considered to possess the region’s best-preserved examples of buildings dating from the late medieval period to the 18th century. The street network in the old part of the city remains largely unchanged since the Middle Ages, and there are several late-medieval buildings still in existence. Moreover, the 14th-century Apotekarhuset is one of the oldest inhabited buildings in Scandinavia. When Ystad became part of Sweden in 1658, it had around two thousand inhabitants and was Skåne’s main port until the the 19th century. In the early 1800s, it became a garrison city and, at the turn of the 20th century, also a bathing resort, which was when Sandskogen Forest was planted in order to prevent the sands from shifting.

Having once been one of Sweden’s pioneering cities in the world of cinema, Ystad has recently rebuilt its reputation as a filmic city. In 2004, Ystad Studios was established in the area of the city previously used for regimental purposes. Ystad also boasts Sweden’s oldest cinema, Biografteatern Scala, which has been restored to its original condition but with the addition of modern technology.

Bergman used Ystad as a location in two of his most important films: Sawdust and Tinsel and Smiles of a Summer Night. He seems to have fallen for its old streets and beautiful theatre, as well as for the mystery surrounding the monastery pond and gardens. It is also conceivable that he was inspired by the city’s theatrical history.

An area for washing laundry until the late 19th century, Tvättorget is the only square in the city that is completely surrounded by timber frame buildings. This is also the site of Jens Jacobsen’s house dating from 1640, now a workshop, and Apoteksgården from the 17th century, now a pottery and a ceramics museum. Next door to Apoteksgården is a residential building from 1794 where, in 1831, Sweden’s first private bank was founded as Skånska Privatbanken, which later became SEB. (Read more about the scenes from Sawdust and Tinsel here.)

The Ystad Theatre was built in the neo-Renaissance style in 1893-94 based on drawings by city architect Peter Boisen. It was originally called the New Ystad Theatre to distinguish it from the old theatre which was once located on Stortorget but which burnt down in 1891. Today one of Sweden’s best-preserved theatres, it features a unique collection of backdrops painted in Carl Grabow’s studio. When it opened, it was already one of the few remaining theatres in Sweden with old-fashioned scenery machinery, that made large set changes, with open curtains, possible. For the theatre’s centenary celebrations, the machinery was restored to its original condition with the result that Ystad now has the only theatre in Sweden – aside from Drottningholm Palace Theatre – with a functioning arrangement of this kind.

Ystad has a long theatrical history. In the city’s financial accounts of 1680, reference is made to dancers performing in the town hall loft. At the time, travelling theatrical groups from the Continent were known to pass by. In use from 1801-30, the town hall loft became the city’s first fixed stage, before the first theatre was opened on Stortorget. When the theatre later burnt down, there were rumours of arson and insurance fraud. (Read more about the scenes from Sawdust and Tinsel here and from Smiles of a Summer Night here.)

The monastery in Ystad was founded in 1267 by the Franciscan Order and is one of Sweden’s oldest preserved monasteries. In front of the building is the monastery pond and around it, Klosterträdgårdarna, a collection of medieval-style gardens. The monastery church is the oldest part of the building and is used today both as a museum and church. There is also a museum shop and café. (Read more about the scenes from Smiles of a Summer Night here.) 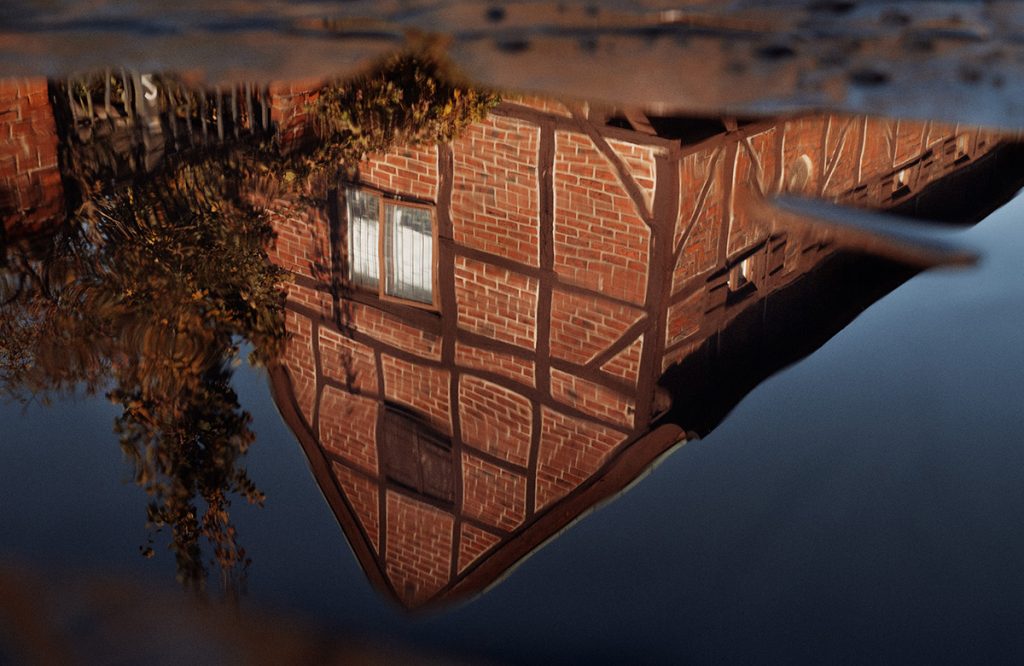 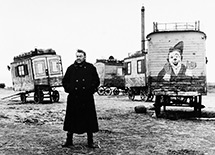 One of Bergman’s most important films, Sawdust and Tinsel, is about a tawdry circus troupe on a disastrous visit to small-town southern Skåne. Ystad plays the role of small-town Skåne, and several scenes were filmed on location, including, for example, in Lilla Östergatan and Tvättorget – where the circus company draws up its horses and carts in the hope of attracting an audience for the evening’s performance.

One of the greatest actors from the silent age came from Ystad. Born in 1888, her name was Anna Q. Nilsson. She performed in more than 200 films, many of them silent movies, and was voted the most beautiful woman in the USA.

The books written by Henning Mankell about Detective Inspector Kurt Wallander take place, to a large degree, in Ystad. The TV series was also recorded here, as well as the British version with Kenneth Branagh in the lead role. There is mention in the books of Wallander living on Mariagatan and having coffee at Fridolfs Konditori.